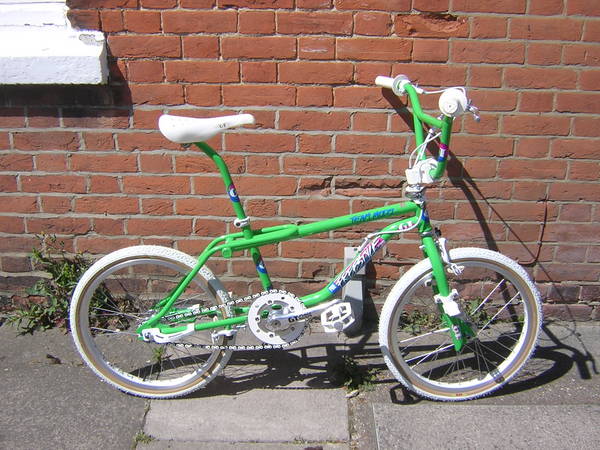 This was originally a dayglow pink model . It had been crudely part stripped by the previous owner and was desperately in need of some love.

It's taken about a year and a half to complete as I made the mistake of having 3 other bikes on the go at the same time. The F+F, seat post and bars were all prof. powdered by SBD on Radbmx and the job is stunning. It was a slow journey for me but eventually found all the parts needed. The Ukai speedlines are NOS and a thing of beauty. The sealed Super lace hubs were also NOS and just out of the GT box!

Still needs alittle tinkering but basically it's there

Decals were from AJK from a few years back

GT 3 winged powerdisc NOS, was straight out the packet and ano removed then polished

More Bikes From hiro tonka (8 bikes in museum. View all)