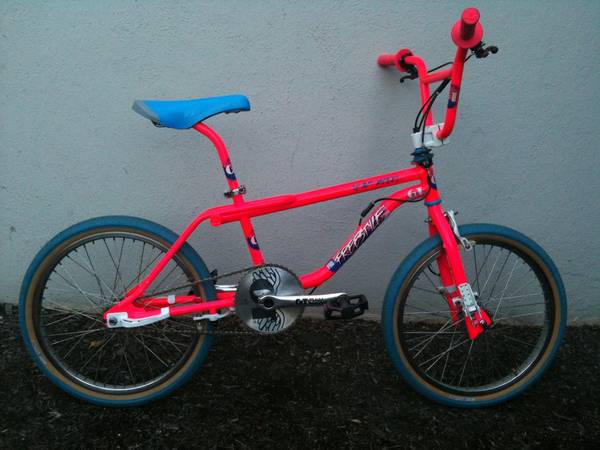 SOLD I've always wanted a DayGlo Pink GT PFT ever since I seen one at the Haro show I attended back in '88. It was so awesome that I knew I had to build one some day. I found a frame, fork, bars and seat post on here that was in great shape with original paint. A few people that have seen this frame say it's a little darker than the other DayGlo frames. I went back to the previous owner and bought the fork standers and the Mallet stem. I picked up some Peregrine Super Pros, Tioga ramp tires, Dia Compe nippons and 990's, NOS ACS 860 levers and a set of Primo wanna be GT cranks, I'm a big guy so I didn't want to chance screwing up a set of expensive cranks. This is my everyday old school ride so I'm not worried about it being "correct". Just a FYI, no one knows if this was a og "team model" some where along the way the team model stickers were put on or were replaced. All of the other stickers are lifting but the team model stickers seem new.

More Bikes From skubasteve (3 bikes in museum. View all)