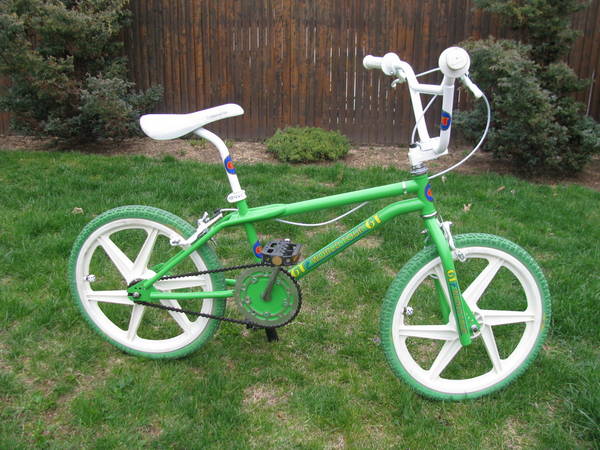 Complete with FS stamp on the left rear drop out. Picked up this fork and frame from another member. When I got it, it was totally trashed. The metal was rusty, 75% of the paint was missing and it had quite a few dings in it. The original color was green and Ive decided to keep it with the original color. Took a few days of searching to come up with the correct paint code for the green and a few weeks or searching to find the tires. I actually found the tires before the frame so it all happened to just work out great. Once I dropped the frame off to the powdercoaters it then took him 3 weeks to get the powder and to finish it. In the mean time I collected my parts. In all it was about a 8 week process. Its not built right out of the catalog but I still like it. Parts list are as follows:

More Bikes From carbons2k (6 bikes in museum. View all)