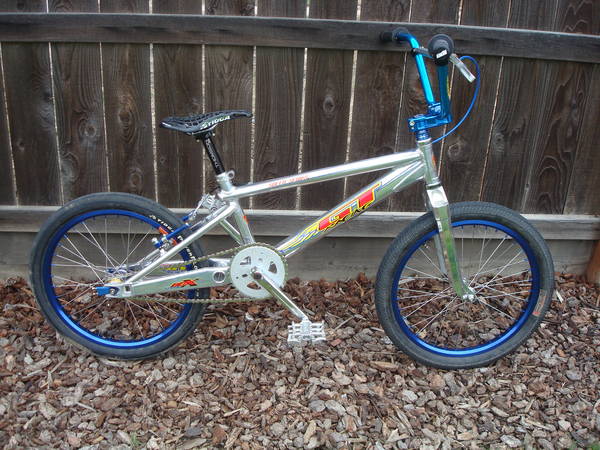 Going to be a very fun build, look in comments for many pictures

Risen BMX Fork, polished it myself

Just got a pair of Answer Aluminite Handlebars, very light

Not really a "NEW" item but I've had these FSA crank arms for a while, got them from elf_dude

I now have all the ingredients for a wheelset, I just need to build it now. I also just received some sweet late 90's USA made Redline Flights from hollywood23

I now have a complete crankset, I bought and received a Profile BB and Ano blue Cone Spacers . I also bought some ODI S&M Lock-On grips.

Since I've changed my mind on hubs and am not going with the Alienations I bought and received an Infect X-Tralite front hub today. This hub is amazing, hand made Aluminum flanges with Titanium center sleeve and bolts. Made in Russia.

I also got a Profile Stemlock and some carbon fiber stem spacers.

Got these amazing pedals from Dark Cycles, they are called Arachnids...again, amazing. Plus they are cheaper than Crupi's

Premium Refuse Resist tires, I bought them mainly because that's the name of an awesome Sepultura song.

Submitted by THE FUN PALACE