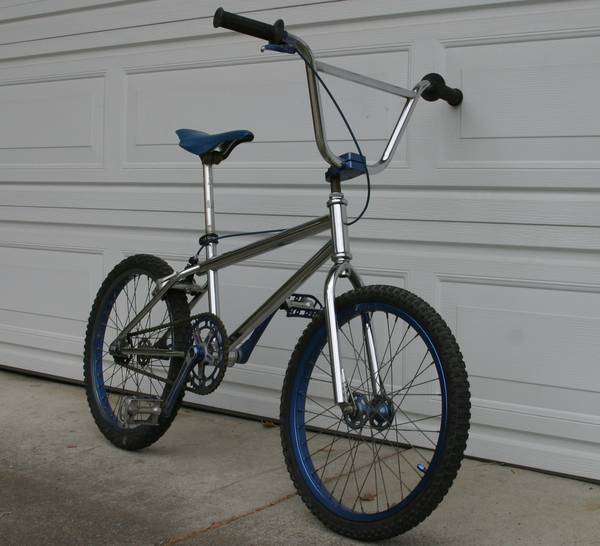 This is the story behind this bike. It is a close friends, he received it as a gift for Christmas 1978. His father Bruce Griggs has been into race car engineering (suspensions primarily) for many years, Back in the day, he and Gary Turner were acquaintances via the automotive sports scene.

From what he tells me, the bike has never had stickers and lacks a serial number. From what I remember It has Araya rims and Suzue hubs as well as Tourney cranks, Tuf-Neck Pro Model and KKT pedals. The old anodized seatpost was removed, because it had to be pipe wrenched out of the frame due to rust. Somewhere around 1985 John Griggs (the bikes owner and I did a few upgrades (now downgrades) which included a GT seat clamp, pitbull brakes & a generic seatpost I do not remember if we put the Kashimax seat on or if it was part of the bike.
I'll update the info if I receive any further information. The bike is currently located in the Santa Rosa, CA area.

More Bikes From bluheadted (2 bikes in museum. View all)