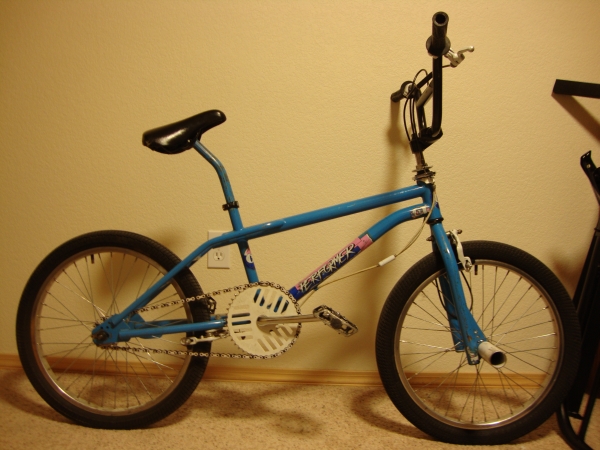 Not looking its best right now, but I figured I'd put it up anyway.

This bike originally had plenty of white parts on it (which looked great!) but as they broke I only had black replacements, so that's why it's like that today. Also as I stopped riding it parts were swapped onto other bikes, so it really isn't looking it's best now.

Pretty decent Old School flatland bike. I used to ride it a lot, but I just prefer to ride bigger bikes. I use this bike to learn a trick I want to do, then do it on the bike I'm riding. So It's still a great bike for learning freestyle tricks on.

More Bikes From tcbmx (8 bikes in museum. View all)