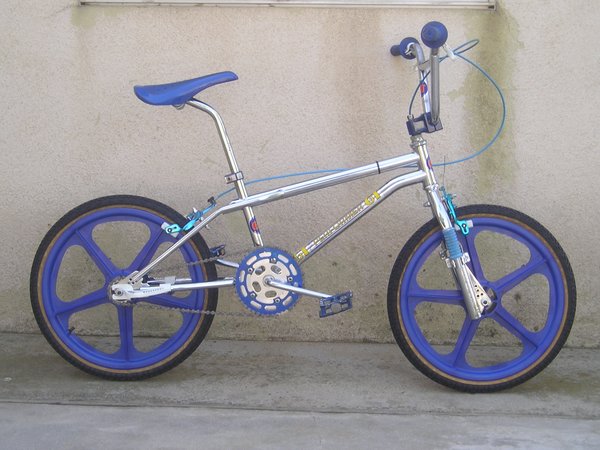 Most of the original parts even the seat which came on 84's and early 85's,frameset is a late 84(build date Nov. 84) that they sold as an early 85. Forks are pre cable route. The white mags shown in the last pic came stock on it. They are still here with the bike just not on it anymore.