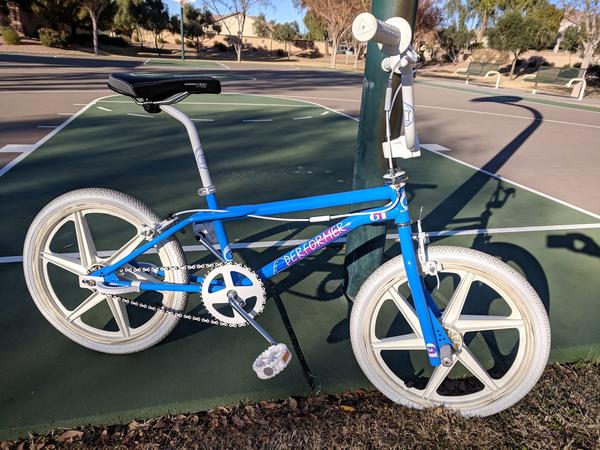 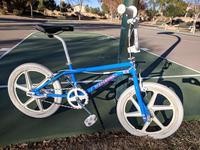 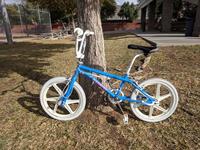 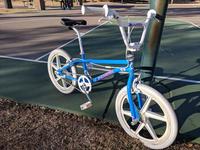 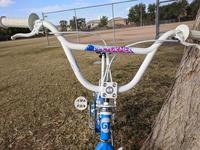 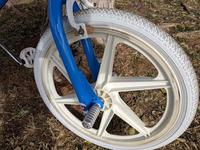 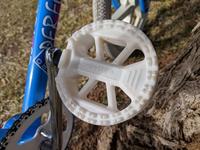 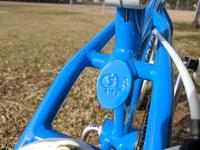 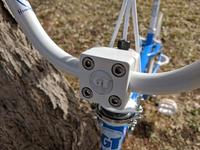 Resurrected from the dead.

I never got a brand new bike when I was a kid. Always had to build one out of spare parts, which my dad had a shit-ton of in his shed. Not really sure why the hell he had so many bike parts, but whatever. My buddies of course had the GTs and Dynos of which I would have wet dreams about. Too bad those bikes were way too expensive for my cheap ass parents lol. This bike originally belonged to an older dude I hung out with. After he started driving he sold it to me for $50. I only rode it for about a year until I started driving in 1992. Until 2018, it sat in my dad's shed and then eventually in his barn in rural Illinois.

Can't really say what got me to thinking about it 26 years later, but after researching it more, I wanted to fix it up and ride that bitch again. My dad was awesome enough to take it all apart and ship it to me free of charge. Bless his cheap ass!

I restored this thing in October of 2018 and frequently ride it around my neighborhood with my daughter. Love watching her ride it just to be reminded of how bad-ass bikes used to look. And, even though I'm a tall dude, it still feels good to ride. Yes I did put a padded seat on it for my bony ass — the original seat was actually cracked, so bummed about that.

I can easily say that I'm more excited about having this bike than what I was when I first bought it. I ride it around like I'm king of the road, it's almost comical. I haven't had too many people ask about it, but I know there are dudes my age that are looking, going "WTF did he get that from?!"