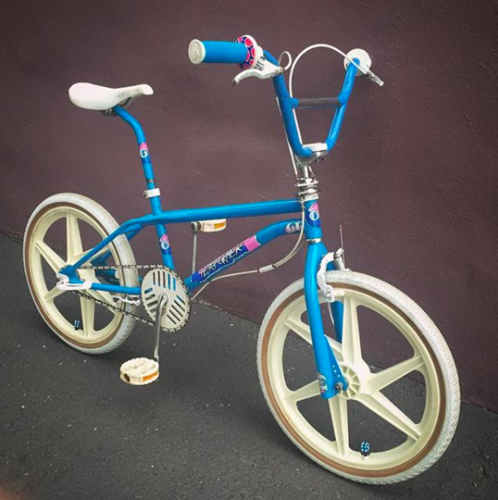 I grew up in the 80's and always wanted a GT Performer. The bike shops were filled with them and a handful of friends in the neighborhood had them as well. I was very drawn to them. There's just something about the bright colors paired with white components that screams the 80's and pulls me in. Now that I own one (my childhood ride was an '87 Haro FST, btw) it sparks nostalgia and fills me with happiness every time I look at it.

About the bike. Some stock, some not. I bought this off another member on here in May 2016. He purchased it on Craigslist a few years before. The handlebars came with it and they're from a Mongoose Decade. I love the way they look paired with the repro ODI Mushroom II grips and NOS ATI Zarockas donuts that I purchased. Other than that, I bought some new gumwall tires and pedals and left the rest as-is. I'll add better shots once I have a chance. Thanks for looking!