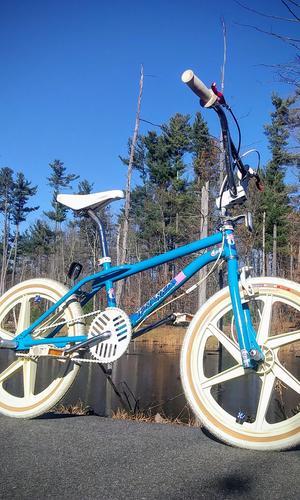 This bike is special to me because we are from the same Town. This belonged to a friend of mine since new. It took me 16 years of trying before he finally agreed to sell ot to me. It was an incomplete survivor that I have built with era correct stuff.

I named the bike after it's original owner, his name is "Rob , Madman Maggie McGonagle, the Madest Man"
But we just call him "Madman" for short.

More Bikes From Darkman (10 bikes in museum. View all)