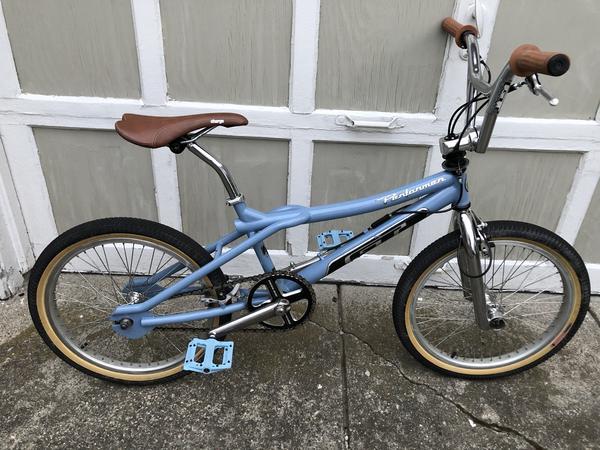 bought this bike on eBay years ago and rebuilt it with as many silver parts as I could find. Switched the black Mohawks stem seat clamp and post cranks and front fork. Changed the bars to vert style instead of those little bars that came on these. V monster tires. The cranks were black and had a little rust on them so I used some all natural rust removal stuff and found that it started removing the black from the cranks so I decided to just let them soak in the rust removal stuf for like a week then wire brushed them and ended up with the cool looking raw cranks you see. The frame was actually lighter than I thought I would be. Still a tank though