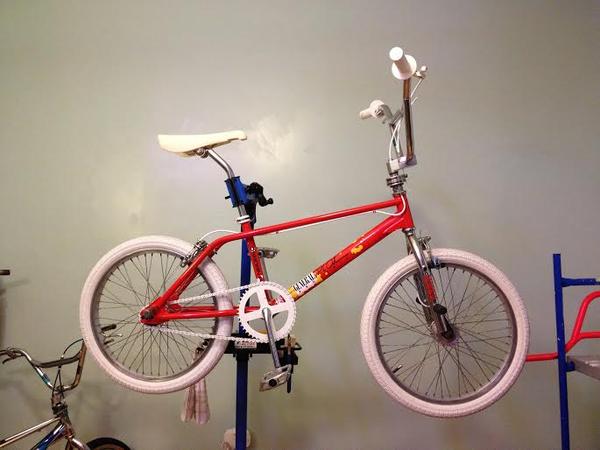 The poor mans General RL Osborn Pro. Restored with original, NOS, and new parts. Had to use repop Osborn Pro decals on the frame for lack of anyone carrying Hustler Pro decals.

It was sometime after 2am, my bloodshot eyes darting back and forth scanning past the glut of MTB's and Road bikes in the new Craigslist posts in the outskirts of my travel zone. I was about to call it a night when an intriquing title, and a grainy hazy photo caught my eye. It was an add for a multiple bike sell off, with 8 or so pics. Each grainy flip phone pic had multiple bikes in each pic. The seller asked to contact for individual prices. The last pic had the General in it. It was hard to make out at first, but the outline of the frame and the sprocket told me I was looking at a General Hustler Pro. And after talking to the seller about the asking price, this find would inevitably lead me on a 3.5 hour journey to the far west suburbs of Chicago to make her mine.

More Bikes From Tatonka (4 bikes in museum — View All)