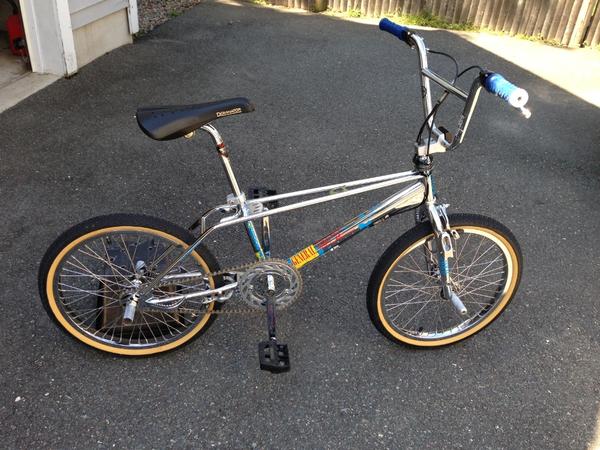 I sold my this bike in 1994 and regretted it even since. I ended up tracking it down and bought it back in 2012. It was 80% compelete, but needed a lot of work. Here it is now restored back to its former glory!

I'm planning on riding it, so I decided not run my original Shimano DX pedals, Peregrine HP Tires, and Dia-Compe Tech 7 levers. I have them ready to go, I just decided it was safer not to use them. It's pretty much exactly the way I had it when I sold back in 1994, I'm so psyched I was able to get it back with most of its original parts.

More Bikes From NS_Freestyler (2 bikes in museum. View all)