A True Innovator in BMX

Arguably, the FIRST manufacturer of a rigid BMX frame.  Most famous for his production of

Littlejohn sidehacks (a sidecar-mounted BMX bike).  Manufactured BMX bikes from 1973 until 1985.  As a manufacturer of motorcycle frames & gas tanks, part-time Hollywood stuntman Gary Littlejohn & his partner, Peter Murphy, were requested to build a BMX frame in 1973 By 1975, Gary Littlejohn had a full line of BMX bikes, ranging from mono-shocks to rigids, from forks to sidehacks Sponsored such early BMX heroes such as Billy Wouda & Bill McIntyre. In 1976, much to the heckling of the industry, Gary made & advertised a 26 inch "Ballooner" (later to be dubbed a "Cruiser")--three years before BMXers would ever consider racing "beach cruisers." Introduced "Pit Bikes" to his odd line of bikes in 1979 Followed up his original "Balloon-tire" cruiser with the times, manufacturing a 26 inch & 24 inch cruiser frame, before dropping out of the competitive BMX market.  Today, Gary lives in Vermont & is a stunt coordinator in the film industry. 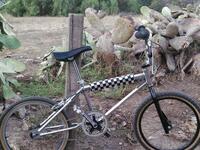 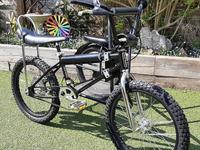 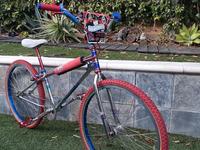 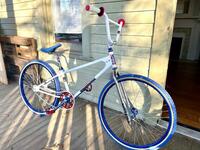 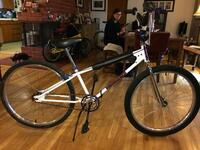 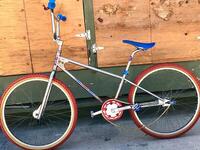