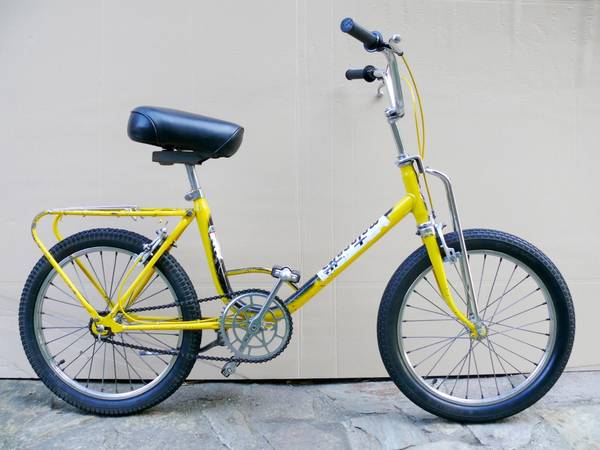 Early in 70's, JosÃ© Luis Miner invented a new bike for riding "off-road".
For two years he makes this bike on their own, until a big Spanish brand (G.A.C.) decides to commit to this new style of bike, and begins to mass-produce (approximately in 1974 or 1975)
This model was the biggest commercial success of G.A.C.

I restored that yellow model, is almost standard,with all original parts except for the pedals and the rear hub wingnuts.
The bike was manufactured in yellow, red, white, blue, green... but always features that black fringe. The big saddle was the detail that made â€‹â€‹them unique, rare, some ugly and very popular in Spain during more than 10  years.

Note: early in 80's, appears other G.A.C. bike, was "Motoretta 2" (a kind of  muscle bike), for that reason now is usual to denominate the old Motoretta, as "Motoretta 1".

More Bikes From ininbita (5 bikes in museum. View all)