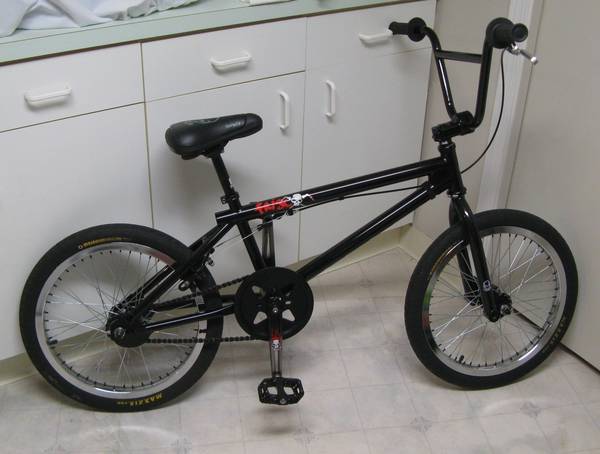 Scored the NOS frame on eBay.  Then found the NOS forks and seat - also on the Bay.  Actually, almost all the parts for this build were purchased on eBay!  Tried to stick with the black and chrome skull theme.  All parts are new except the rear brake, the seat post clamp, and the tires. These parts I had laying around.  All the bearings are sealed.

More Bikes From dug6 (34 bikes in museum. View all)