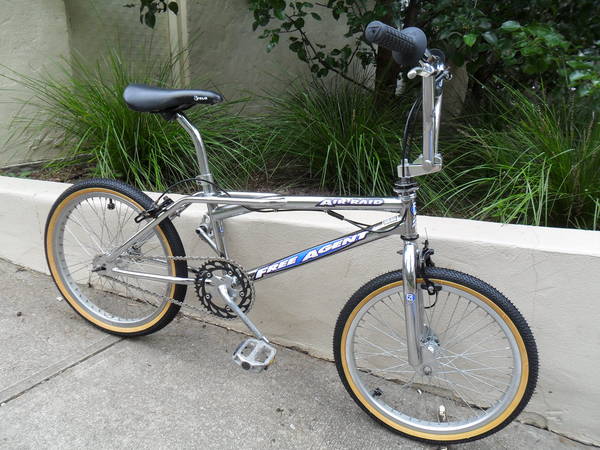 Picked this mid school Air Raid up recently in pretty bad condition. It looked like it'd spent most of its life left outside in the weather and was covered in rust so I stripped it down and gave it an OA bath and was pleasantly surprised by the result! The cranks were too far gone so I replaced them with a set of Odysseys. The wheels were also average ( the rear had a split in the rim), so were replaced with an Alex AL-7X24F rear and a near new Sun ZX25 front, fitted with new Kenda gumwall tyres. Also fitted are new AME grips, new KMC silver chain and a set of black dice to set it off. Hope you like it!