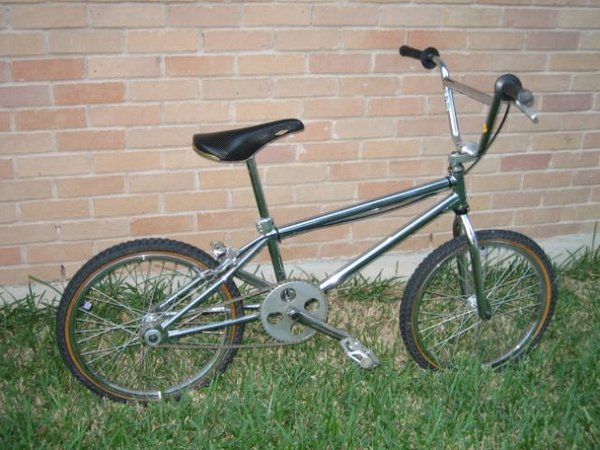 The one I didn't sell, thankfully

Greetings, this is my old race 20, circa 1990, Capital Ciy BMX in Austin. It has a few oddball items from back then, including these dropout stiffener disc thingies, can't remember who made those. Originally the decals were like the one on the seat tube but I had a set of the light blue script which I preferred - still have the rest of the set actually, just applied the head tube. The sprocket and flush bolts on the cranks were from a shop in Round Rock, TX called S&S Bicycles, they were called "Bitchin' Bolts" and "Tiger Teeth" respectively. Other highlights for me are the Jive Handles (man I loved those) and the Dia-Compe Nippon brake with the one piece bolt (that my buddy Jeff gave me from his sacred toolbox, as they already had the 2-piece when I bought mine) Also has DX pedals that I got in the mid 80's and the high-zoot Selle Rolls saddle. I need to clean it up, it's been in various sheds and garages for 15+ years and has that "baked on dust" effect but overall I'm pretty happy with it's condition.

More Bikes From gymkata (5 bikes in museum. View all)