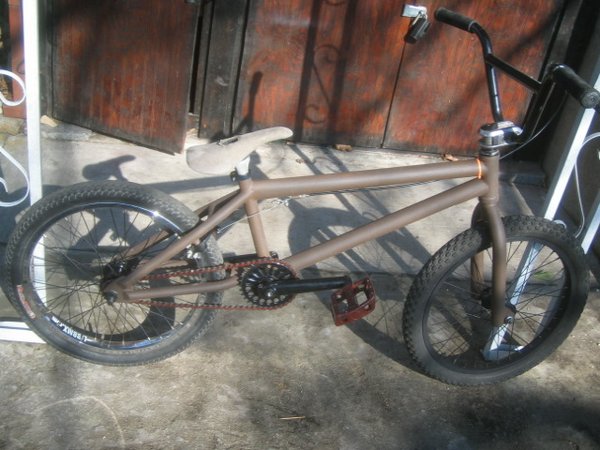 This was a friend's bike from a few years ago. It was stolen from his back yard. It remained mia up up until about a year ago when I happened upon a kid riding it. Every part on the bike was loose and it was given an "all over spraying" of matte black. Somehow he was still able to ride it. I explained to him the situation and reluctantly he gave up the bike with no incident to speak of. I called my friend excited to tell him the great news and was then let down when he told me he wanted nothing to do with his old bike. He had moved on to bikes with motors. So then the bike was officially mine. I replaced a few of the parts, relaced the wheels and gave it a fresh coat of paint. (Bike has since been sold, original owner got part of the proceeds.)

More Bikes From jaymeatsack (22 bikes in museum. View all)