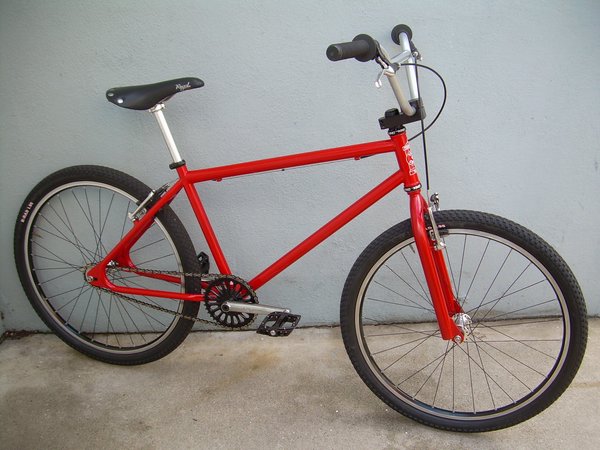 My Redline 24" got ripped off from my porch last year so I decide to go one bigger. I found this frameset NOS on ebay and had no choice. The new Fireman cruzers have a bottle opener on the BB and I didn't want that so I jumped on this one. The listing claims that Se Racing built it and I'm not going to argue with that. I wanted to go for a No-School feel and since I like to build my bikes for speed I thought the 2 brakes wouldn't be such a bad idea.

More Bikes From Keepeating (2 bikes in museum. View all)