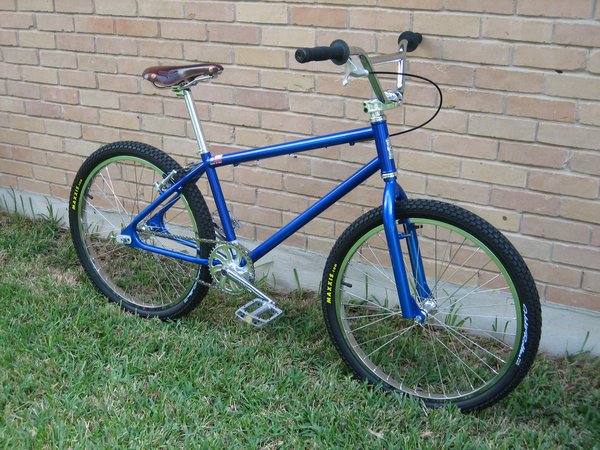 Update 5/17/2009: Got some new wheels (Rhynolite XL, Suzue Sealed - woot silver! - and a White Eno FW) and swapped out the sprocket in prep for getting my S&M 24" back together - also added the Redline chain tensioners

Howdy, this is my Candy Apple Blue Texas Two Four, obviously I'm short 1 front brake but hope to have that corrected soon enough. Gearing is 40/16 and feels just right with the 177mm Profiles. Was delighted to find out Brooks released the Swift saddle with steel rails instead of Titanium. Still not exactly chump change but I was able to delude myself into splurging for one at the new improved price. I named it after me and my boys' favorite 60's/70's Mexican Wrestler, The Blue Demon.

More Bikes From gymkata (5 bikes in museum. View all)