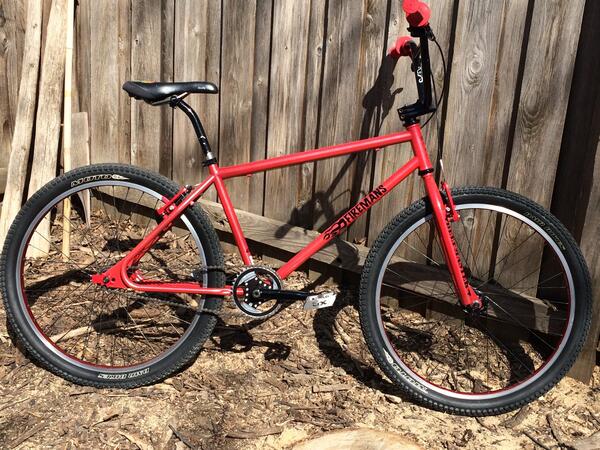 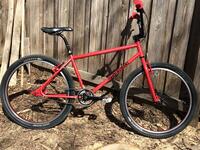 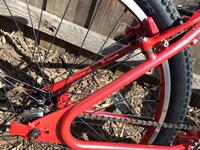 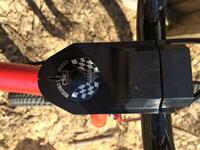 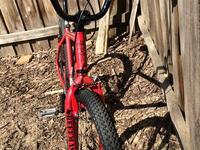 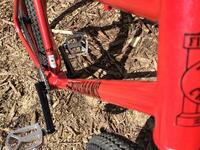 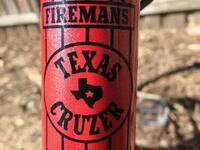 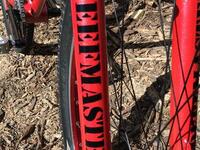 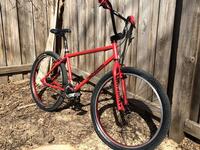 Bought by cruiser Dave from Kenwood cycle in Mpls about may 2000. Frame set was on a high shelf. He asked if they install headsets. They say yes. He leaves. Comes back an hour later with a headset in his hand and says ‘I want you to install this’  they look confused like huh? ‘On that’ pointing up high to the fireman’s frame on the shelf.

It was originally raw-clear and rusted under the clear pretty early so he didn’t ride long. Maybe only one season. I picked it up fall 2020 and had it stripped and powdered cosmic red and built it up with parts from my original which were all about the right vintage.
Some highlights.
DX pedals and brakes
185 profiles
Crupi hubs
Rhynolite rims
Atomlab stem
38-17 gearing

More Bikes From Cruizersonly (5 bikes in museum. View all)