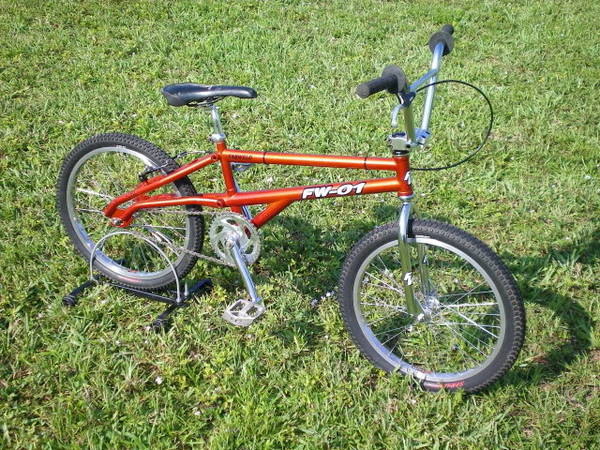 The Fabweld FW-01 Pro was designed primarily as a race bike, but it worked equally as well as a trails jumper and street bike. This one was my factory team bike from the '98 through 2000 seasons, and it got ridden on a regular basis at trails and skateparks as well as being street ridden almost every night. The big ding in the rear end is from an abubaca on a bus bench gone wrong. These bikes came in chrome, red, black and white, but I wanted something different so this was the only one ever done in the copper metallic color. Our team co-sponsors for those seasons were GT-85, Answer, Echo, Cane Creek, Sweet Bros., Alex rims and JP.

More Bikes From bmxerpete (10 bikes in museum. View all)