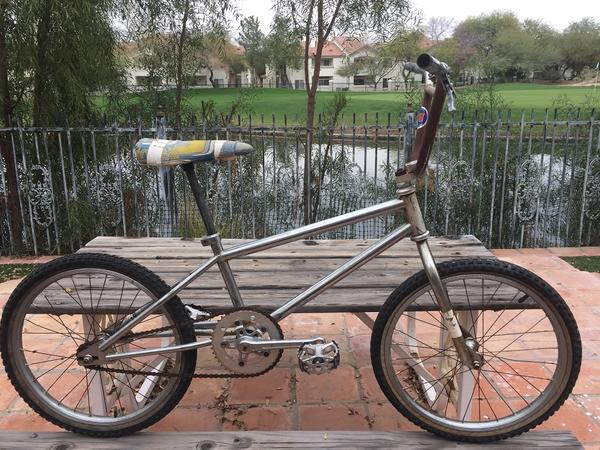 Rare built in the garage before ELF started there major corporation

First off been wanting a ELF for ever, was at the right place and time and score this was sweet ELF, insane light... after posting on catchall son of ELF Kenny stated this bike was built in there garage back in the day, and let me just say after riding this bike and how light it is that is amazing how awesome it turned out, much props to them on how they started the company, parts list on the bike is Diamond Back Turbo light cranks and wheels, original tires, cant even read the name on the tires that old, Pro Neck, GT bars not sure the year, SR seat clamp, grips really pretty much melted in my had while riding that old, not sure the future of this bike is, but it has been getting rode a lot around my neighbor hood like it should! :)'

More Bikes From jake4wut (15 bikes in museum. View all)