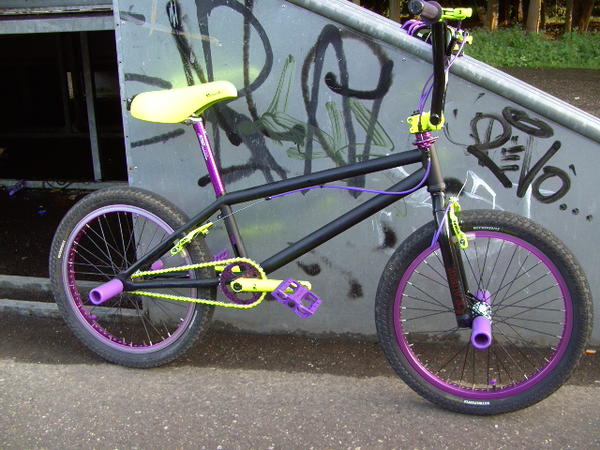 Gone, but not forgotten.

I love new-school tech, but I love old-school style.  I built this as a compromise between them.  I had a hard time trying to find an all neon-yellow or all purple new-school frame.  Finding a complete set of parts/accessories in either color was also difficult.  I settled for mixing the two on a black frame.  A very big thanks to all the BMX Museum members who helped by selling me parts for this build!

I recently parted this out & the frame & cranks were a gift to my niece.  I put a LOT of miles on this bike--lots of good memories.  I'll miss it, but it's time to move on.  I don't really have room for more than 2 bikes, and being a lifelong DTT fanboy, this one goes to make way for my new Torker Kickback.  Maybe someday the parts will live on in a new build.  :)

More Bikes From IPD (3 bikes in museum. View all)