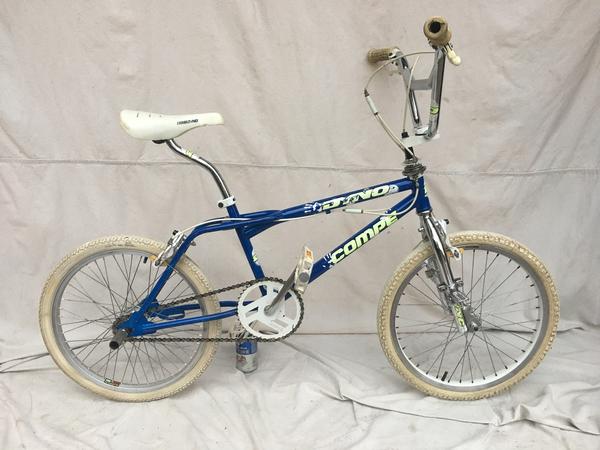 A great classic Dyno in blue and white.

I believe in divine providence. After checking Craigslist I found a pair of 1992 Freestyle bikes. This was one of them. So, I made a call. The guy said he was heading past my house as he traveled through Pittsburgh and he had the 2 bikes in his truck. So, we met 10 minutes later (His home was an hour outside of the city). The owner had picked these classics up about a decade ago at a garage sale and they sat in his garage ever since. A few weeks ago, a die split while he was working at his job as a machinist, leaving a chunk of metal in his cheek. He almost died and for the past few weeks was coming into the city of Pittsburgh to have his face checked out by the doctor; and he needed to pay some medical bills. I was psyched to get these bike (1992 GT Performer and 1992 Dyno Compe).