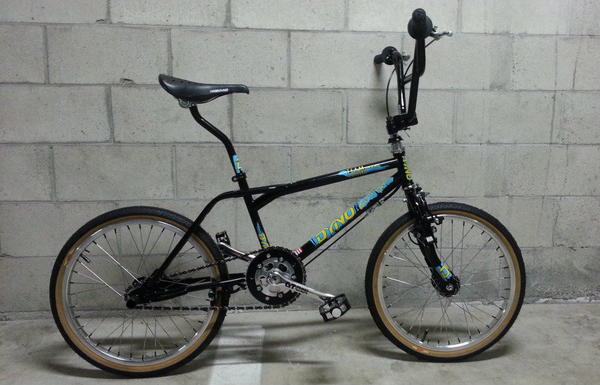 Finally got finished with my Pro Compe. Finding some of the parts was some what hard, since I mostly wanted it to be era correct. I will probably chill out on any new projects for a while, since these badboys dont really come cheap! I restored the GT power-series myself and i think they came out pretty NICE! The rest i sent out a few parts to get painted black. The Spintech was Dyno, but I had it  redone in black. Probably my favorite bike of all the 87's that year. The SuperLaces came out awesome thanks to Rividude. Let me know what you guys think!

**Thanks to all the members that helped me out in this build:
Jessev..Rividude..Caezar..Chromey..Caleb_k21..DemonGT.. UltraHive and a few more i cant remember right now.

More Bikes From GTOne (9 bikes in museum. View all)