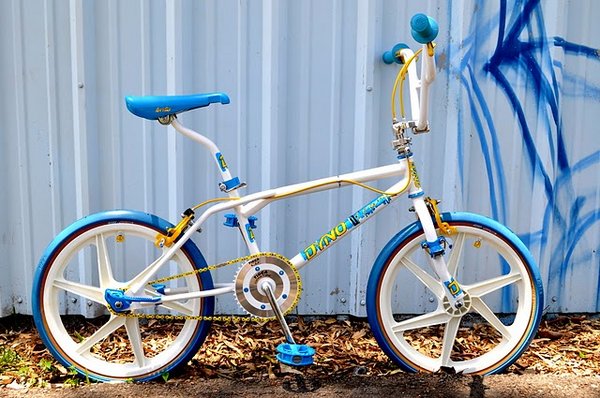 Here is my 87 D-Tour that has been in the works for over a year.  The f/f, bars and post were picked up locally in San Diego and paint was done by Lou.  I knew early on that I would go with white and play off the colors in the decals so I chased the parts here and there for over a year.  This was completed the day before the 2010 OSBMX show and I was lucky enough to get the stamp of approval from Dave "The Lord" Voelker himself!!!!  (pics of him signing it coming soon) Double props to Vicsta for the sweet photo shoot, he is the MAN!  Onto the next build...

Thanks to the 4 guys listed above as well as Koondogg, Relic, GTONE, Chromey, Mattygaff and all others that helped along the way.  Hope you enjoy it,  Oscar.

More Bikes From daygogt96 (16 bikes in museum. View all)