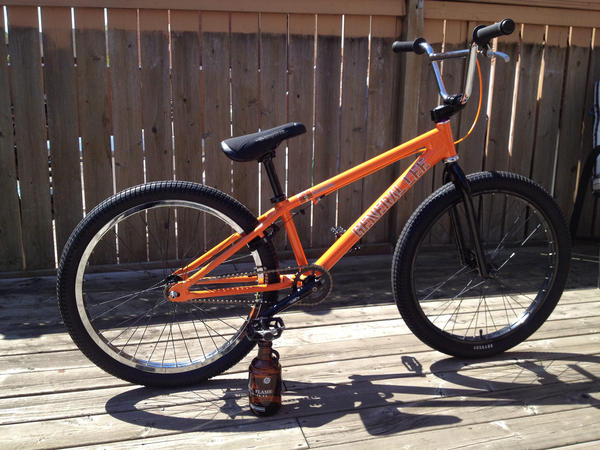 Went looking for a new school 24" locally, at the same time that I bought my Shadow Conspiracy Invisible:Man to have a parts source, and came across this General Lee on Craigslist. Terribly spray-bombed and abused to nearly dead, it sat in pieces for almost two years before I decided to resurrect it for the 2015 Spring build-off. Mostly used whatever I had lying around and what I like, as this will be a rider, not a carpet queen. Powder done by 'Bright Side Customs' in Toronto. New c. 2003 (best style IMO) decals from the 'bay.