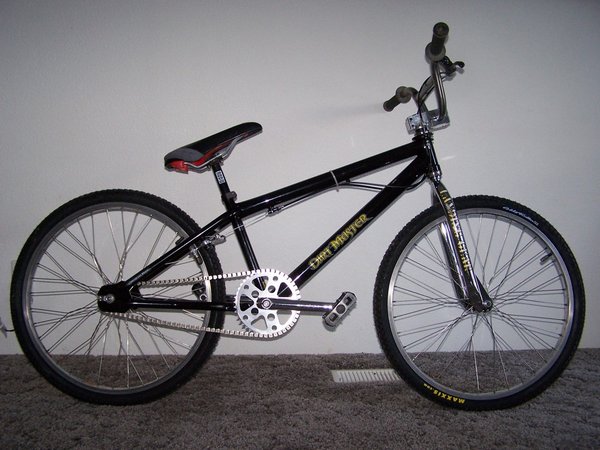 The last of the Dirt Masters, the Big Bertha in 24"

2001 Dirt Master Big Bertha frame with Landing Gear forks. Rhyno light rims with DK hubs, Haro 3pc cranks with Odyssey pedals, Love Goat stem, 990 brakes with the London Mod and Modulever to run two cables from front to rear, Maxxis Holey Roller tires, Dirt Master Bars and Shadow chain. Dirt Master is owned by Mike Devitt and has been around since the early 70s. In the 90's Mike Devitt released frame and forks as well as complete bikes while he was running SE. When he left SE in 1999 he took the name with him and ended up releasing more Dirt Masters through Alliant that he was running with Gary Turner. Mike Devitt has since left Alliant and the two names are no longer.

More Bikes From pjcruiser (12 bikes in museum. View all)