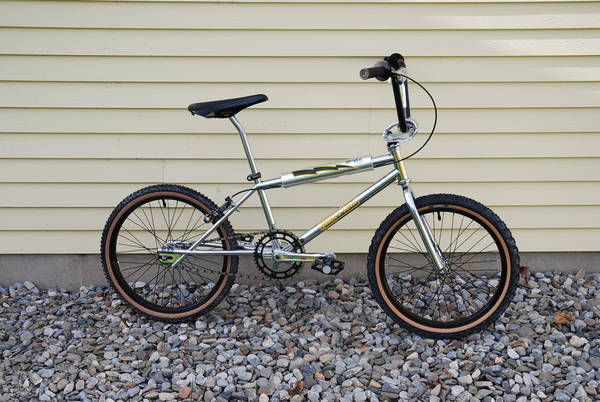 I always admired Jon's DL and always wanted to get my hands on one....so 1 day a friend of mine gives me a call and let's me know 1 maybe up for sale and gave me the number.  Lucky for me it was from a collector who took great care of this example-a lightly built NOS frame set.  No serial number and an undrilled fork.  I really didn't know what I was going to do for a color scheme as the yellow stickers always  kept me guessing.  I really never had a real plan and would pick up parts when I thought I would see something that I would think would look good.  I always wanted a nice HF hub because of the way the rear drop outs would give a great view of the hubset.  So one day I saw the padset and the rest of the parts fell into place even thought the stem pad was a double pad that I had a seemstress alter into a regular width pad.  THE PARTS:

More Bikes From JS-44SDS (4 bikes in museum. View all)