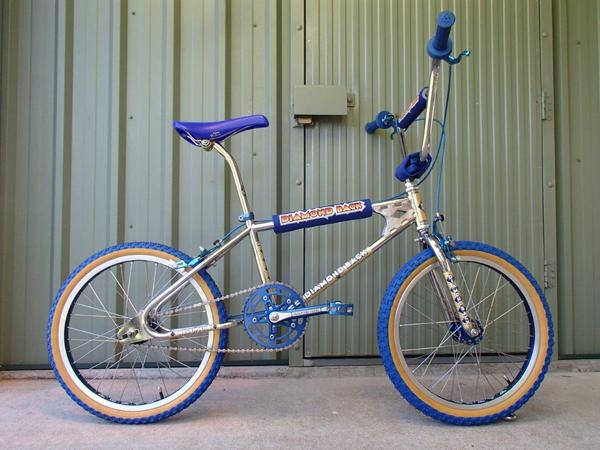 Saved from a rusty fate

Got this from original owner.  Sat under his car port since late '84.

This bike was RUSTY. Headset, seat pole, bars solid set in rust, finished. The spokes: toast.   The frame was coated rust brown. The only chrome was under the remains of the decals.

Anodized parts were not faded at all, but dirty & marked.

Cranks/chain/freewheel had a heap of old cruddy grease coated, which saved them.

The best thing to come out of the 'deal' was a full set of NOS OEM spare decals.   It looked totalled.

Bike turned out well, considering the amount of rust on it.   Chrome 7/10.

More Bikes From BMXmadDave (53 bikes in museum. View all)