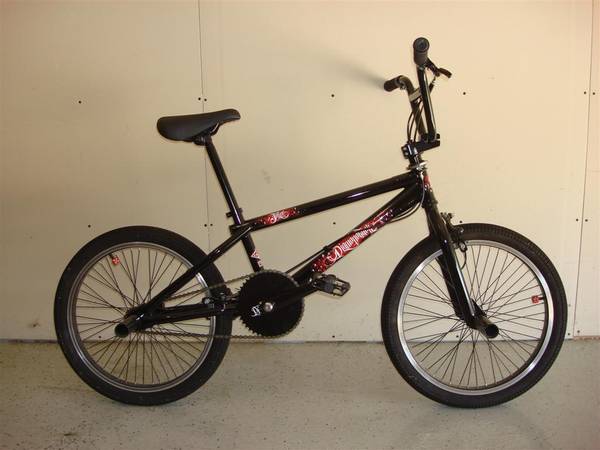 Just to get me by

This is my 2007 Diamondback Joker.  It was made in December of 2007 and I bought it in October of 2008 which was a few months after we moved into a new house. I just needed something to ride and do tricks on and my CW Racing bike was still a rusty hulk at that time. (I have that bike on here also)

More Bikes From EZ SPEED (5 bikes in museum. View all)