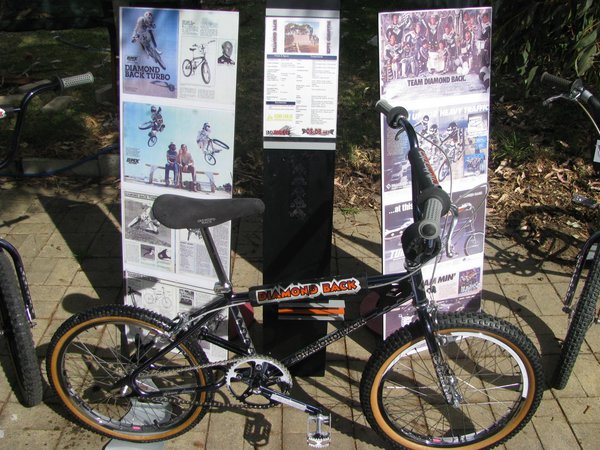 This one was found by Jeff Haney at the wheels and things bike shop right before they closed its business op, It was assembled into a complete bike in NOS condition; then exchanged hands on the mid-late 1990's to his brother Richie Haney who sold it to Carlos Ruiz in 2004 (Carlos sold some of the parts to somebody in the OS-DB forum) and then sold the remainder to Juan Mattos in 2007. I purchased the Turbo (not complete)from Juan in August 2009 & completed the build with mostly nos parts in November 2009. (seat, rear tire & bottom bracket are used) still searching for a NOS seat!

More Bikes From TRUBLUEOZ (17 bikes in museum. View all)