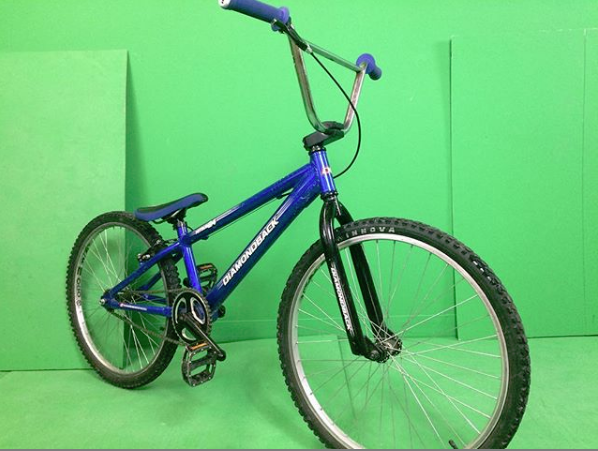 Finally got my hands on a 24" Diamondback nitrus 24, This is the bike that got me into bmx and my friend still has the original one i rode for a while. These seem to be fairly rare bikes, compared to the Reactor 24's and other diamondbacks, which is sad to see because its such a good bike all around. This nitrus 24 has some aftermarket parts and such on it (Whether or not that's a good thing is up in the air at this point) but the bike is as solid as i wanted it to be. The nitrus 24 was a short run, rarely bought bmx cruiser/race bike from the late 2000s to the early 2010s and is exemplary at speed. its fairly light and is made out of 6061 aluminum with some cool welds and frame design, and a nice low sitting position. It has some vintage Norco Spitfire bars on it because not only did it not come with bars, but i dont have many cruiser bars just laying around but they do quite fine. The wheelset is weinman 2000s but i'm not sure if they came stock like that or not.Its a great bike and i hope to see others around here posting more of them!

More Bikes From DariusRZ (2 bikes in museum — View All)