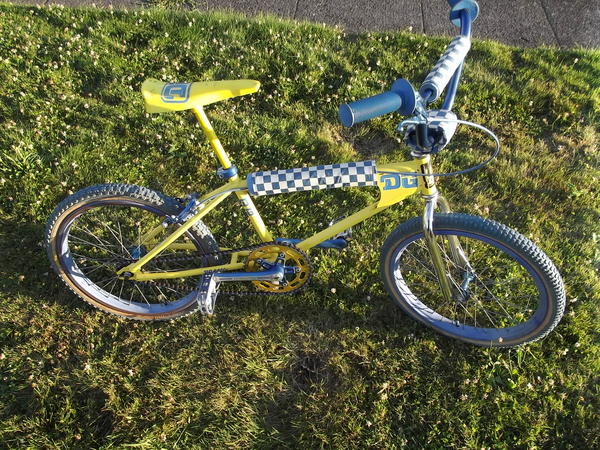 I bought this bike while looking at a 68 VW bus I purchased. The bike was inside the bus. I never heard of DG but knew it was some thing special do to the parts on the bike. When I asked the owner about it he said it was his bike as a child. I bought the VW bus and the bike. The OG owner told me that his best friends dad was one of the engineers that made the uni seats hear in Portland Oregon were he grew up. He told me this was one of the prototype seats. This bike is 100% Survivor with no dents, minor chips and no rust or welds. OG paint.

More Bikes From westcoastsamba (11 bikes in museum. View all)