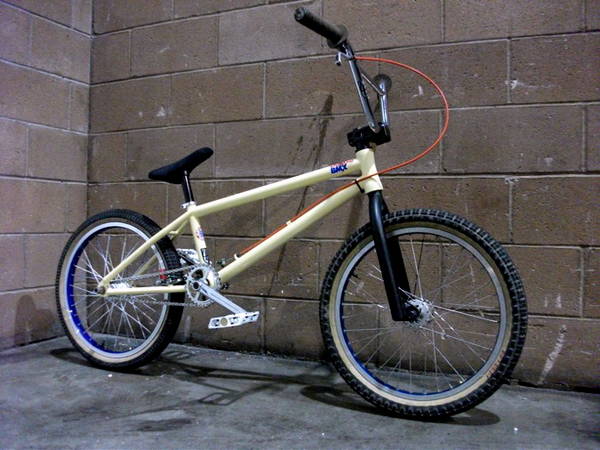 I built this up to show off a complete Deluxe at the 2010 Interbike trade show. Just wanted to show off the Tan and wanted an excuse to build a new ride. A good mixed bag of parts I was and am still running, though after this, I decided to retire the Son-Lite front wheel. It's served me well. Replaced by a TNT which is about to get used for a cruiser build while I go modern and put some Deluxe F-lite hubs on this scoot. This is what I ride, so parts are subject to (and probably already have) change(d).

More Bikes From block (7 bikes in museum. View all)