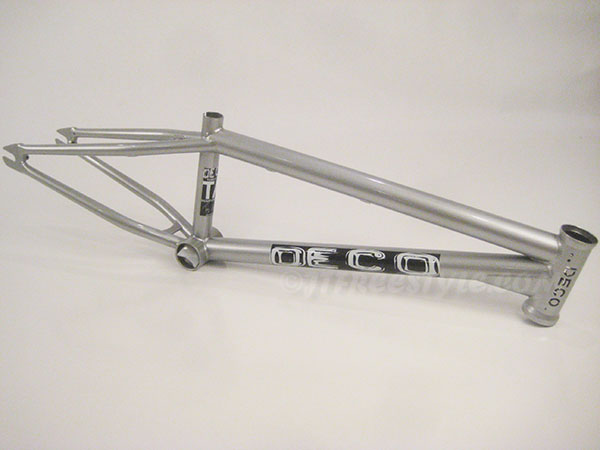 Frame used for display/photos only, no serial number

Been a huge Terry Adams fan when he came onto the scene and also got to ride with Chad DeGroot before he hit it big also (1990).  Thought I would build a new Flatland bike and really dug the TA silver finish since I have been riding a black frame since 2004.  By the time I ordered one they were sold out in silver.  Luckily Chad remembered the silver display model was the only one left and able to get one of the earliest frames produced with no serial number.

That year I got injured and couldn't ride.  Thought about building this guy up again but decided to keep this frame "as is" due to the history behind it.

DECO TERRY ADAMS TA FRAME, our first FRAME ONLY rider is doing it for Deco. Here are some specs on his frame:

More Bikes From JT (51 bikes in museum — View All)