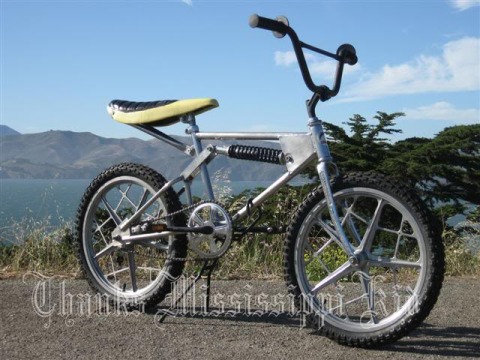 Part of the Gurney Eagle Team

I walked in a motorcycle shop to buy some  Scott grips for a bicycle project , the kid behind the counter ask me if I was interested in a bike frame his dad had given him , my response was sure what kind is it?  What he did not know, but under the flat black frame and swing arm was this Nickel Plated beast, he ask for a  $50 bill and i gladly gave it to him,,I stripped it and polished it up over the next year and  slowly built it up,a gentleman saw it on one of the forums and  sent me a private message  and  had to have it ! well a few months later he sent me a Thank You picture and had added some MotoMags and some other nice upgrades.

More Bikes From MississippiMitch (8 bikes in museum. View all)