In 1963, Howie Cohen traveled to Japan to find new sources for bicycles, & especially, a Japanese bicycle factory capable of producing high quality bikes that would be welcomed by U.S. independent bike dealers & the bicycling community; bicycles that would be able to compete with American & European-built bicycles.

After visiting over 60 bicycles factories over a period of six weeks, Cohen turned to Kawamura Cycles. Kawamura had produced quality bicycles for the Japan domestic market, but at the directive of their overseas buyers, had produced lower-quality, lower-priced bicycles for the U.S. market, for example, under the brand name 'Royce Union.'

Cohen placed his initial order for 570 bikes with Kawamura, selling them under the American Eagle brand. WCC sold tens of thousands of American Eagle bikes before changing the name — when a customer suggested it was disingenuous to put such an American-sounding name on a Japanese product.

WCC wanted a new, Japanese name that was easy to pronounce, with an inoffensive translation — and a name not easily mispronounced for comic or derisive effect. Cohen held a contest with Kawamura factory workers for Japanese names, choosing Nishiki for WCC's primary, nationwide line of bikes (after Saga Nishiki and the gold Nishiki thread often woven into wedding kimonos) — and Azuki for the secondary bicycle line (after the sweetened, red Azuki bean), using the chrysanthemumas the Azuki logo. 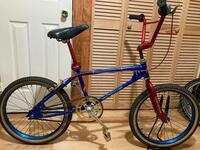 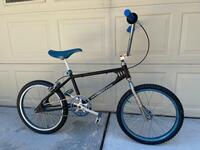