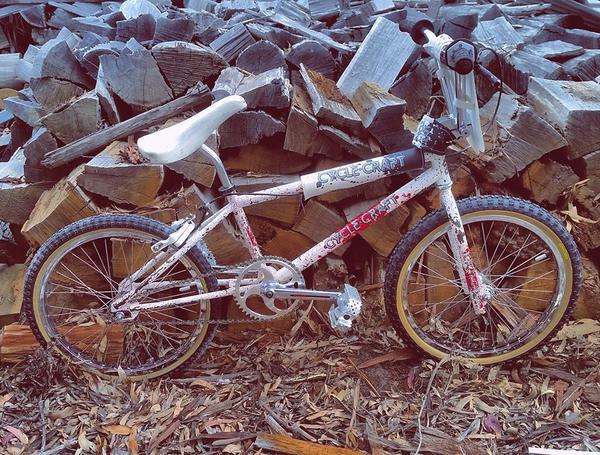 The paint is very rough, but it is original so I kept it as is.
Tough to put an exact year on it, with the single bend stays, splatter graphics and plain BB shell I put it somewhere between '87 and '92; so I'm going to split the difference and call it a 1990.

I went with DK parts mostly as I couldn't nail down a set of chrome FredZ bars in a reasonable timeframe, I think it works. I tried to go for the look and build of a bike that had been raced for a while, and generally aimed to keep it early 90s.