This is Patrick Deats one of the three new owners of CycleCraft Bicycle Company.  Please update the posting announcing the new ownership and have our email listed as info@cyclecraftbmx.com

After an almost 10 year hiatus from the world of BMX racing, CycleCraft Bicycle Company is back. On September 4, 2008, three investors from Central Florida, Patrick Deats, Ed MacKenzie, and Darin Moore purchased all physical and intellectual assets of the company from Terry â€œShagâ€ Shaughnessy.  Shaughnessy had been the owner, heart and soul, and visionary for the company for the past twenty years. Now it is time for this new group of equally motivated owners to reintroduce this awesome brand and bring CycleCraft back to a place of prominence in the BMX community. Over the next several months the owners will be executing a strategic plan that brings several different sizes of BMX race frames, the return of Fredz handlebars, and several other products to market. In the meantime, it is time to get the CycleCraft name back on the BMX tracks throughout the country. To accomplish that task, CycleCraft will be fielding Factory teams in both the National Bicycle League (NBL) and the American Bicycle Association (ABA). In addition to the Factory level teams, plans are in the works to field Co-Factory teams in the near future. Given the newness of the company, a national level race schedule has not been established. Though, the plan calls for CycleCraft, and its co-sponsors to be represented at NBL state, regional and national races, as well as ABA state, Redline Cup, and national races. CycleCraft is not only dedicated to a quality and reputable product on the track and in the market place; but also with the people employed by the company. 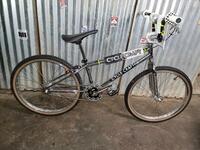 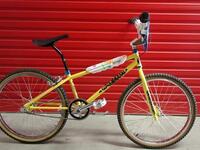 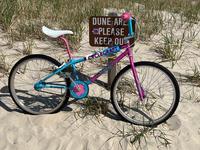