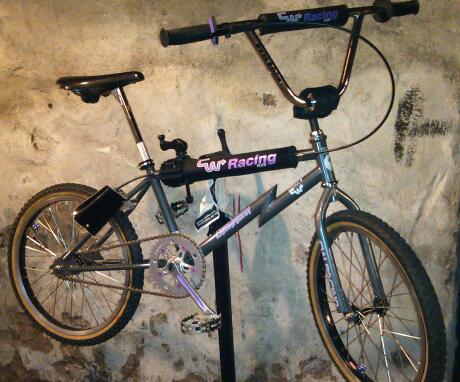 Here we have a somewhat rare Camaretta Phaze 1. The difference being the Camaretta was sold as a high-end, complete bike bundle, while the Phaze 1 was only available as a frame and fork set. Something that is a little different on this bike...it has both round chain and seat stay bridges, and a "CZ3 XXXX" serial. Most Phaze 1's tend to omit the 3. This could just be a coincidence. Some have guessed that the differences are nothing more than a change in model year from 83 to 84. Others have guessed that it's just a typical "whatever CW had in the bin on the day it was built" kind of thing. Either way, there are not too many with this setup, and it possibly could be a late 83. Just not enough of them to know for sure, and CW's records are kind of sketchy.

More Bikes From CW junkie (21 bikes in museum. View all)