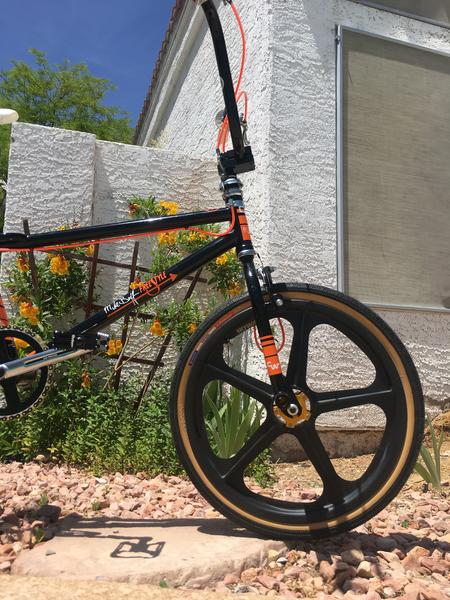 Yes...yes it is Made in the USA!!!  This prototype F/F set was manufactured in 2014 by Revcore for CWRacing.  This example bares the Mike Buff name, but his association with the project was terminated for unknown reasons and the project continued without his name for all the following frame sets produced for sale to the general public...thus this is one of only 5 sets with the Mike Buff name/decals to exist.  The project offered 5 color schemes, this being the black & orange color scheme...

More Bikes From Spector007 (5 bikes in museum. View all)