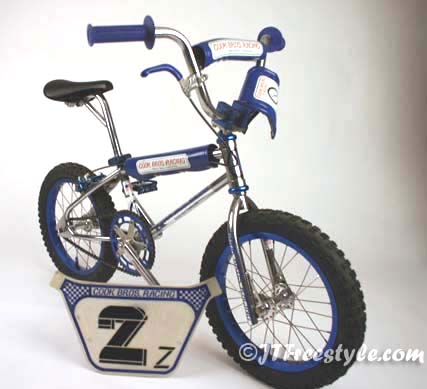 1981 was the rage for pit bikes and the Cook Bros. came out with six masterpieces and currently only four known to exist.  This is the original finish with everything Cook Bros. except I decided to put my Cook Bros. cranks on the cruiser so with a little ingenuity I got a Cook Bros. spindle and 170mm Redline non-pinch flight cranks to bind to make a sweet combo!

The wheels are laced with 28 hole Cook Bros. hubs which I'm assuming only six sets were produced.  The pit bars are Cook Bros. rounding out the pit bike variations.

This bike was 1st place for the Pit bike category at the 2009 Rockford Vintage gathering.

Hope you enjoy another historical ride.