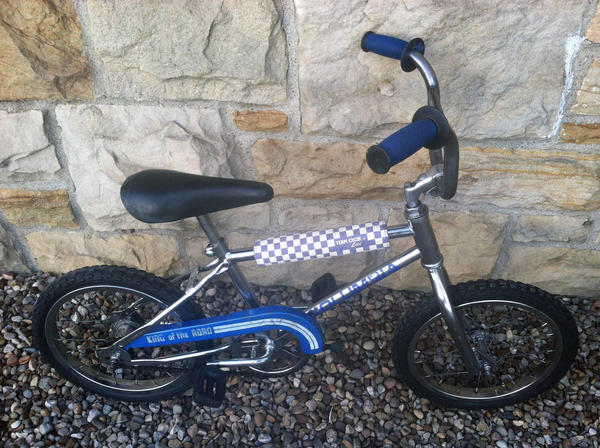 I needed to do some experimenting with Oxilic Acid (OA), which is a chemical used to remove rust and which works particularly well with chromed metals. I had a little 1983 Columbia Pro Am that was super rusty, so I decided to try test out some OA to water ratios on this bike. The forks and bars had been painted blue with a paint brush and there was over-paint on a ton of the bike- this was a redneck version of spray bombing a bike. Anyway, I stripped the bars down so that they are now raw and the fork was actually protected from rust by the paint. In the end, the results were good and the chrome came back to life in a way that was better than expected. So, I decided to rebuild this bike. The checkered pad just needed to happen!