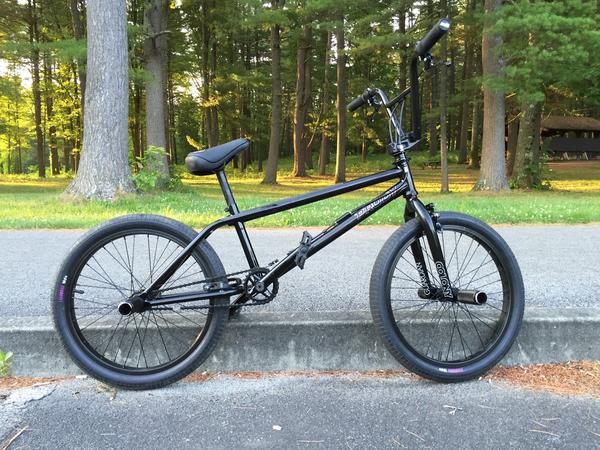 Returning to BMX after a nearly 30 year break I searched and searched for a new school frame to build up.  When I tripped over the Prody with the standing platform I knew I had found my bike!  This bike has taken various forms over the last year with parts getting swapped out to fully dial it in to my liking.  I had intended this to be a purely flatland bike, but after riding it for some time I realize it has a longer wheelbase and is in fact better for street and ramp. Here are some pics of the bike from the past year.  Either way it is a blast to ride and I'm enjoying being back on a BMX after such a long break.

More Bikes From Toddster (5 bikes in museum. View all)