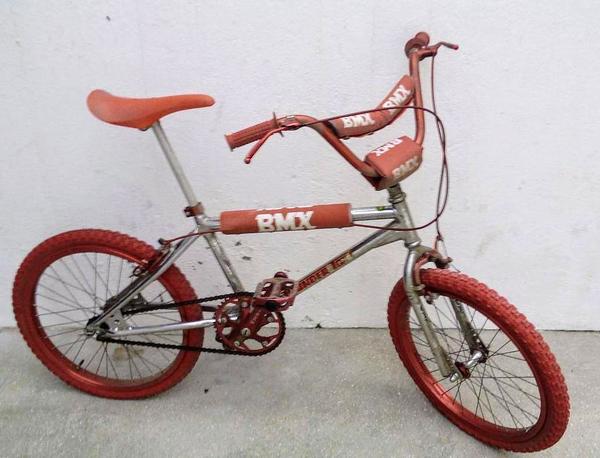 The Bmx rider Olmi Bart (Bartolomeo) who with Cinzia Bmx ranked third in class 73, at the Italian BMX Grand Prix held in Pinerolo (TO) on April 29, 1984 and first in the final classification of the Italian BMX 1984 Championship.