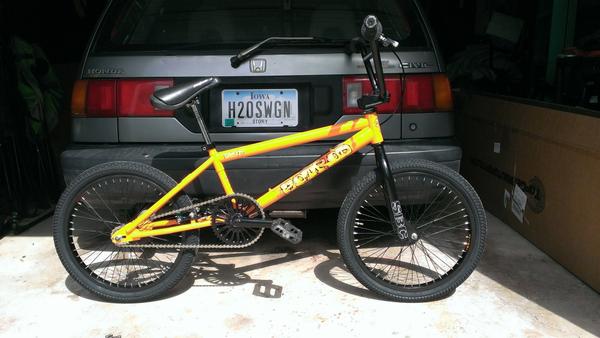 Picked this up off ebay. Actually got the chance to talk to the original owner and he informed me that he had bought this new and never officially built the bike up he had only installed cranks on it. I'm now the second owner and I built it up for my wife. She is infatuated with the color orange so I said I would build her an orange bike.
This is the 4th hotrod I've owned and i now currently own this one and one that is in dire need of metal fabrication and powder, but is the more rare version with the 1'' headtube.

More Bikes From h2os (11 bikes in museum. View all)