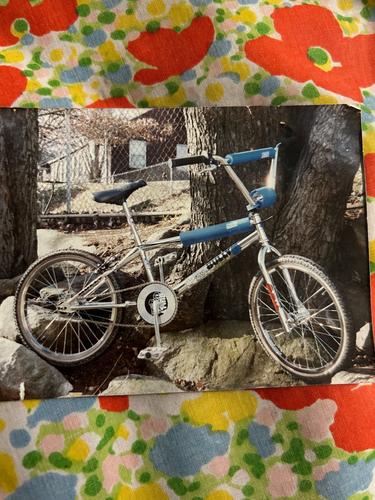 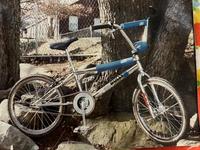 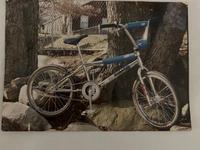 Only picture I have. Unfortunately, I couldn’t get used to the geometry of this bike, and ended up selling or trading it to a friend.

I bought the frameset new without seeing it, only the bashguard version the shop had, & while I really liked the bashguard one with the green & black paint, I was into dirt jump/race at the time, so just went for it. Every tube of this bike was unique & probably the best looking bmx frameset I’ve ever owned. The double wishbones, & the oval downtube, the built in seatclamp & tapered fork legs, & the double thick one piece dropouts are just a few features that stuck out.
As things turned out, I later got myself a used S&M early dirtbike, the one with the stickers that were colored out of the lines, with a GT bolt-on bashguard I bought new when I got out of racing and more into early street/ramp & had a blast on that bike. It was unfortunately stolen from a friend when I let him use it. He had a black eye to prove it. I had something else at the time with all my best parts on it, & it was a spare bike at the time. I rode that thing hard tho! Wish I held on to it!!
Bullseye hubs with 16t Shimano F/W
Araya 7x rims
GT dx pedals
GT power series 1-pc crank
Tioga sealed mechanism bottom bracket
GT tires
Crit padset
ODI OG longneck grips
MCS seatpost
GT seat
Bully 44 tooth sprocket
DK xl stem
Tioga headset
I think I was using Vector 4-pc handlebars
Bulldog brake calipers & lever

More Bikes From Stingray77 (8 bikes in museum — View All) 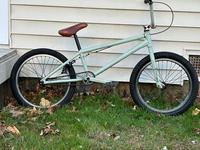 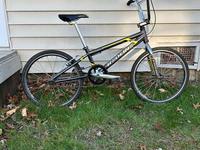